Manteno is continually looking for ways to enhance safety in our village. The investment in surveillance cameras throughout the area is one way that we help keep our community safe.

Located 50 miles south of Chicago in Kankakee County and easily accessible via Interstate 57, the Village of Manteno is truly a middle-America small town with big city benefits. With a community of about 12,000, Manteno’s proximity to Chicago and other major cities is both positive and negative. Frequently, when a crime is committed or someone is wanted by the authorities, the first thing the criminal does is hit the highway and head out of town. If they head south from Chicago, that leads them straight to the Village of Manteno.

“The police in Manteno are often notified to be on the lookout for cars and suspects that may be coming through town, or they are investigating a local incident but details and descriptions can be lacking,” said Todd Creek, Owner and CEO of Dura-Tech, a network systems integrator based in Manteno. “Our police and city managers decided to install cameras along a section of the highway to see if we could capture more information and perhaps identify vehicles.”

The video surveillance installation was initiated for forensic purposes as a way to monitor cars that come in and out of town. However, the small police department does not have the resources to monitor the live video streams in real time, 24/7. Instead, the police use the recorded video, which offers many advantages.

“The Manteno Police Department is committed to protecting our community by using all resources available,” said Alan Swinford, Chief of Police, Manteno Police Department. “By leveraging cutting-edge technologies, like Milestone video management software, we have improved our ability to investigate criminal activity that enters our village or is on our roads.”

The department has a dedicated video room with servers and a monitoring station. Officers can monitor the video feeds in real time, if needed, or review recorded video. They can also watch and review video from their smartphones with the Milestone Mobile application.

“For users granted access the video can be monitored or reviewed at the station, as well as on any department computer. And if officers are out on patrol, they can pull up cameras and video feeds from their phones,” said Jayson Roesel, Dura-Tech Project Lead. “Often when officers are in the station doing paperwork, they also monitor the cameras to see what’s happening on the highway.”

The system currently has several Axis Q1635 and Q3617 network video cameras with image stabilization, installed along the highway interchange and the dividing roadway that flows in and out of town. The cameras monitor the road lanes and on and off ramps. Additionally, there are four cameras dedicated to zooming in on points of view to capture license plate images.

Creek and his team installed a wireless back-haul from each camera location to a central tower in town that is located at the fire department. From that tower, the video streams over to the police department tower where all the HPE servers running Milestone XProtect Expert software sit for recording, archiving, and processing license plate recognition.

The team also uses video motion detection to help manage the volume of recorded video for the busy intersection. After the initial system was in place, officers realized they could see license plates clearly, then moved forward with a license plate recognition (LPR) video analytic module.

“With the Milestone license plate recognition solution, we have a searchable database of video, so if an incident occurs, we can catch enough data to help police locate or narrow down suspects,” said Creek. “Even partial plate information greatly improves accuracy and speeds up the process when every minute is critical.” 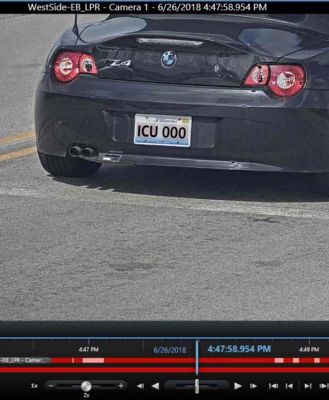 With the added video capabilities, Manteno authorities can alert agencies north or south of town to be on the lookout for specific vehicles with good description details. Not only is the system used as an investigative tool, but it also has become a proactive means to monitor activity and to identify with certainty which direction a vehicle takes when leaving town.

Creek added that the city is currently evaluating video analytic behaviors, like car counting, and is looking at how the system may help to improve public safety in other areas. As the system’s expansion capabilities are realized, the Village of Manteno will continue to develop the solution to benefit the community. 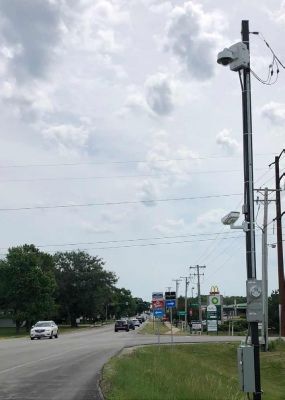